They appear older, greying heads and all. They can be mistaken for your paternal uncle or like they were 10 classes ahead. There is shock if you introduce them as former class mates for the crowfeet around their eyes. They have some missing teeth and talk in terms of “Jerry is now in Form Four” in reference to their last born. They appear weighed down by the baggage of marriage, life and anything in between which turned them into philosophers.

They tag along the wife in an all-boy’s bonding session. The wife is usually more beautiful than expected. These ones rarely had girlfriends in high school. The wife floats over jokes and end up forcing the hubby to leave just when the party is starting. The tagger can also bring a mpango who ends up sitting at the bar counter from where she runs the Reunion budget down with expensive wines.
3. The memory card

These ones remember minute details long lost on everyone: They day of Form 4 E for ‘Elite’ slapped the Discipline Master during a blackout but lights came back just as he was bolting away. Or the geography teacher who impregnated the widowed school nurse. They remember, 20 years later, all students who were ahead and behind by their three names with some index numbers. They know who died when, where, how and why. Of course, they will remind you of the former student who is now so loaded “huyo hamuwezi patana!”

They were not the brightest in class and didn’t seem destined for anything, but somehow in the contours of life found themselves wining lucrative government tenders, supplying water dispensers to the Ministry of Water. If Reunion budget is set at Sh1, 000 per head they dish out Sh20, 000 for two mbuzis and order for four Sh20, 000 a bottle of 20 year old single malt whiskies arguing “Kenya hakuna pesa but celebration lazima!”
5. Hard knocks

No one knows what happened to the students teachers often referred to as “university material” as the student who always topped the class is now a prison warder begging for lift from The Loaded to whom they explain “uki ni drop tu hapo stage ya Umoja nitakua sawa, bro!”

Tunawesmake: When politician Peter Kenneth ran for the Presidency in 2013, he picked a former student at Starehe Boys’ Centre, Ronald Osumba after hearing him speak at an alumni dinner. Starehe students control corporate Kenya through the Old Starehean Society.
6. The lucky gaskets

Their lives are planned by the gods. They not only scored good grades without much effort, the wife they married was the first girl they spoke to when St George’s Girls came over for a debating session. Twenty years and four equally bright children later, they appear to be falling in love all over again. These ones also rarely tarmacked for jobs. They were head hunted for six figure salaries for which they literally live in planes shuttling from country to country. They change jobs like disposable wipes. They were happy go lucky in high school and are happy go luckier now. You look at them and wonder who bewitched you.

In school, they spoke in terms of “us guys” and little has changed. They post photos of whichever airport they’re waiting for connecting flights. They post receipts of that Sh50, 000 rubber shoe they are buying at Saville Row. They insist on designations during Reunion introductions and go to great lengths to explain why being a software system engineers has forced them to live in planes “yet I never represented high school in Science Congress.”

They blend well with the furniture until they give you their business card reading ‘Vice President, Bank of East Asia & the Middle East’ where they were honoured by Sheikh al Maktoum, the ruler of Dubai. This breed is mostly self-made. They rose with odds against; short on school fee, bereavement, lack of connections, but recently bought 100 acres in Kisaju but never breathed a word!

They turned out different. The head of CU who is now wrestling with a bottle of very harsh whiskey and cracking off-colour jokes about his time at the Rehab. On the other hand, there is also the school crackpot ever on suspension but who mended his crooked ways and is now on his fifth year at the Seminary on his way to the priesthood.

He never woke up early or stayed late studying algorithms. He was okay with his C Plain and scraped through Business School in India, but shortly joined his folks distributing sindano, but you later learn he meant medical syringes for which the family business controls 40 percent of the Kenyan market. His side hustle is matchbox distribution in Kenya and the Comesa region and you realize it pays off big time choosing the right ancestors.

They return home to the shocking reality that those they left behind are doing equally good if not better. Domestically life in the Diaspora is such that most are either still single or divorced. Most went abroad to study but hardly cleared and the reason they’re stuck in aged care or nursing jobs when not gassing long-distance trucks. They often ask there are Sh250k parcels of land in Kitengela, but that was the price when they left in 2000. They also have Diaspora 411 from whose updates you learn Larry Mjomba “Kaka-Brasa” the noise maker from 4 E is a Celebrity Chef in Hollywood while Tiberius Jalang’o the one always caught napping in Form 4 P for ‘Pacesetter’ operates a car dealership in Detroit. ‘Ammonia’ so nickname for bedwetting was deported and not necessarily for the same reason!
12. The joker

They opened their mouths and the whole class just laughed. They were funny, had humorous one-liners. They now make fun of missing front teeth, graying hair and potbellies during the Reunion’s vote of thanks. It is not clear whether they attended college. Or what they do. Most never miss Reunion meetings where they get busy, issuing directions how best to boil the kichwa for that “soup ya kutoa lock!” They don’t seem to have settled down to anything but notice and mouth to no one in particular “na miaka imeenda mtu wangu!” 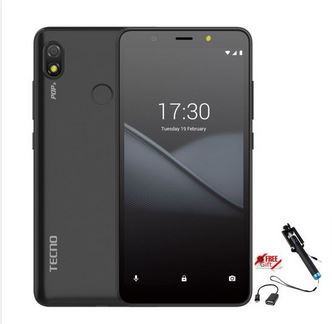 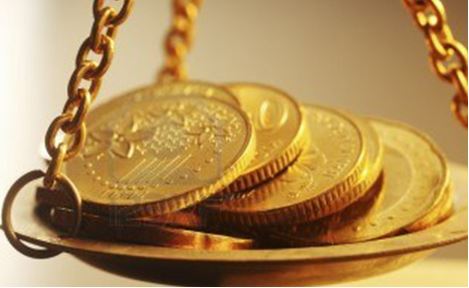 How to Pay KPLC Bills—Payment Methods