Mimo News is a new scam website in Kenya. The website which is actively being promoted by futaatips and uses fake MPESA paybill number 654287 has been scamming Kenyans for one month now. The owner pretends to be selling odds but does not send the tips once someone has paid. Initially, the website was using the name Gofutaa and it’s one that was camming Kenyans. 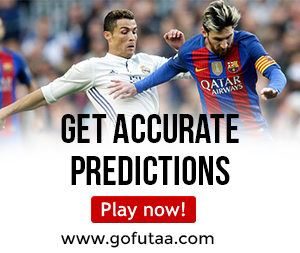 When the wells ran dry, the owner of Gofutaa launched Mimi News which has similar model as Public Likes which scammed Kenyans a year ago. Safaricom was forced to intervene and close the paybill number of Public likes.

If you happen to get advertisement for Gofutaa,Futaatips or Mimo News,don’t enter into a trap of paying any coin,they are all scams.

Initially, Gofutaa received several complaints from subscribers of betting tips. When the complaints became too much, the company’s Paybill number was blocked. The owner went for another paybill number which is 654287.The number is now being used to scam Kenyans.

Mimo news demands that subscribers should pay Ksh1,500 to start earning money, which is not realistic. If it was a genuine company, why do you pay in the first place.The owner is targeting at least 1000 people to pay so as to disappear with the money.

If you need your peace, never pay anything to Gofutaa, Futaatips or Mimo News. Don’t say you weren’t warned.

How Banks Are Profiting Through Bitcoin and Blockchain Technology?

What is the Binance Bridge Project? Let’s know about it

What are the advantages and disadvantages of investing in Bitcoin?

Can Bitcoin Be Bought Using a Prepaid Card?

Some Cryptocurrencies that will overtake Bitcoin in 2022 and Beyond

What causes cryptocurrency to rise and fall?

How Banks Are Profiting Through Bitcoin and Blockchain Technology?

What is the Binance Bridge Project? Let’s know about it

What are the advantages and disadvantages of investing in Bitcoin?