There’s a new exhibit in the Perkins Library that celebrates the diversity of insects from around the world. It’s an up close look at the fascinating creatures and a stunning reminder of the beauty and complexity of the critters that roam and fly around Earth.

The exhibit was the brainchild of Kenneth McKenna and Rick Gawne, two biology graduate students who wanted to show off some of the cool things in their lab’s collection of creepy-crawlers and fliers.

“We have drawers and drawers and drawers full of incredible insects and this space is an opportunity for us to kind of show people what we have around,” Gawne said. “I think other exhibits in here have done the same thing because there’s an enormous amount of material hidden away at Duke that most of us just don’t really get to see.”

Gawne and McKenna wanted to create a show that would drive traffic to the library itself saying that the library matters to them, and they often go there to do research and explore the rare book collection.

“We could help lure people into the library by getting them into the front door,” said McKenna.

Gawne and McKenna worked with Meg Brown and the library staff to design graphics and setup the display cases. The exhibit took the work of their whole lab, including Fred Nijhout, Laura Grunert, Emily Laub and another graduate student Jameson Clark, who is now graduated also contributed to the project.

In the middle of the exhibit is a glass case filled with cicadas. The green annual cicadas whose recognizable song can be heard on summer nights are pinned alongside the red eyed periodical cicadas that only emerge every 13 or 17 years. Gorgeous butterfly cicadas with delicate wings from southeast Asia shimmers in the light.

There’s even a cicada wasp that specializes in hunting cicadas to feed their larvae. This is a predator out of Alien.  The wasp stings and paralyzes the cicada, then buries it in a burrow where it lays an egg behind the second leg of the still living insect.  The larva feeds on the cicada, taking care to keep it alive, then emerges later as a wasp.

Also on display: the iconic orange striped monarch butterfly. These incredible insects migrate from the colder parts of North America to the warmer climates of Mexico and Southern California in the winter. It takes them several months to make the journey but they somehow return to the same trees every year. Unfortunately, loss of food sources and habitat along the route have threatened the monarch population. They might soon be placed on the endangered species list.

The library exhibit explores the exceptional diversity of insect species. Photo by Margaret Brown “When we tend to think of the specific problems caused by human intrusions into environments and our general tendency to mess things up for other organisms, we usually think of the big stuff,” Gawne said. “Insects are affected too, and we’re seeing this with the monarch. If we can get that across in this exhibit, I think we would be happy.”

McKenna, whose dissertation concerns the hormonal and developmental control of when caterpillars morph into pupa and eventually into butterflies or moths, assisted with the display case on metamorphosis. There’s still a lot to learn about one of the most remarkable transitions in nature. The exhibit display follows two different insect species at each stage of development.

One of the main intentions of the insect exhibit is to help people realize that insects aren’t just pests to keep out of the house. They’re hopeful visitors will have a positive insect experience to take with them rather than only viewing them with a fear of bites and stings.

“There’s so much that is cool about insects whether it’s the colors, their behavior, or the crazy ways they develop,” McKenna said.

The insect exhibit is open through October in the Jerry and Bruce Chappell Family Gallery at the front entrance to the library.

Rebekkah Huss is a 2017 graduate of NC Central University who is working this summer as an intern with the Duke Office of News and Communications. 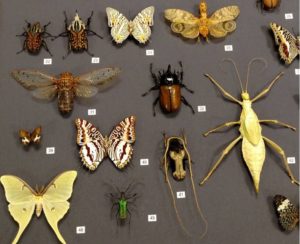 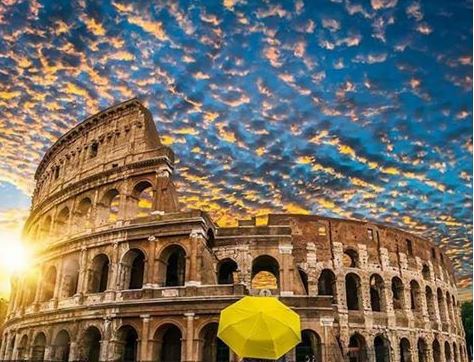 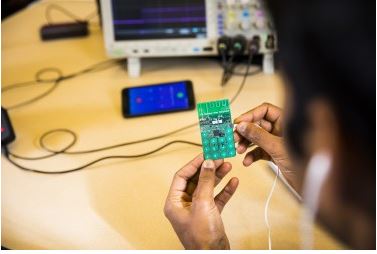